My family is big on traditions. From the stories we tell around the dinner table to the music we play while laying out the Christmas ornaments to the specific phrasing we use to say goodnight, we like things done a certain way, over and over again, until the end of time (usually followed by my father bursting out in “Fiddler on the Roof,” yet another “Tradition!”). Mid-November to early January is a particularly tradition-laden time, with time-honored customs filling our house with holiday cheer. And hands down, the vast majority of those traditions have to do with food.

Maybe it’s because I’m half Jewish, coming from a people whose modus operandi tends to be: “They tried to kill us, we survived, let’s eat!” Maybe it’s because I’m a quarter Cajun, steeped in a deep South culture with French roots that values good eats and good times above all else. Whatever the reason, in my family, food is a really big deal. And there are very specific foods that correspond to certain events, reliable signposts guiding us through the festive seasons of the year. In the case of Thanksgiving, that includes the usual suspects — turkey, stuffing, cranberry sauce — as well as some unique touches. No holiday feast is complete without my mom’s dill rolls; the day after Thanksgiving is devoted to the conversion of leftover turkey into spicy, savory gumbo, made by my father using a recipe scrawled by his father on a piece of well-stained note paper; and pumpkin comes to you not in the form of pie but in a whimsical dish we dub “chiffon.”

Pumpkin chiffon is the Thanksgiving dessert your life has been missing (unless you attended St. Mary’s Episcopal School in Memphis and were present at the 1999 elementary school potluck, in which case you may have also snagged Mrs. Frisby’s now-famous recipe, you lucky duck). I think my grandfather, the inventor of Cool Whip, had a particular soft spot for this dish, and my brother loves it so much he has been known to request the distinctly fall dessert in lieu of cake for his birthday…in February.

So from my family to yours, a little Louisville tradition. Happy baking, happy feasting, and a very happy Thanksgiving to you all, however you may celebrate. 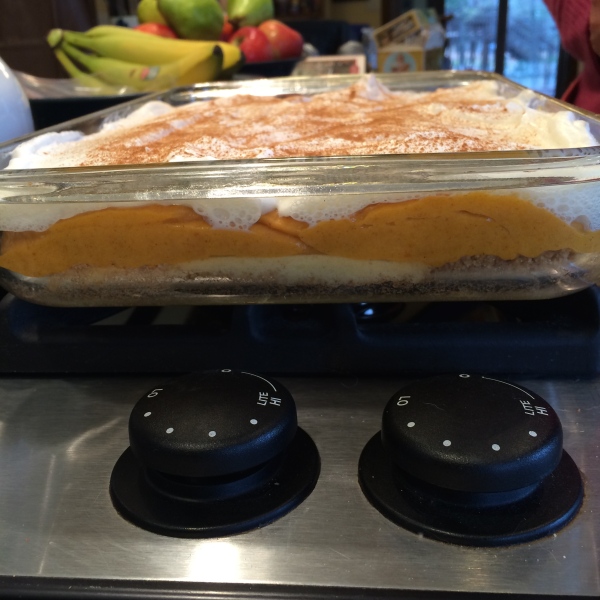 Combine and press into a 13X9 baking dish. (Pro tip: It helps if you lightly grease the dish first. either with butter or a cooking spray.)

One 8 oz. package of softened light cream cheese or Neufchâtel

Beat cream cheese and sugar together until fluffy, then add eggs. Mix well. Spread over crust and bake at 350° for 20 minutes. Remove from oven and set aside to cool.

Combine pudding and milk. Beat for two minutes with an electric mixer on medium speed. Add pumpkin and spice. Mix well. Stir in one cup of whipped topping. Spread over cream cheese layer. 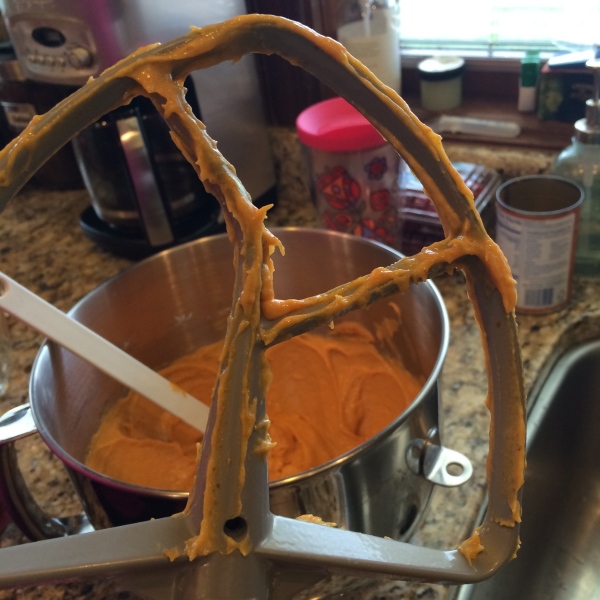 Spread the remaining whipped topping over the pudding layer. Sprinkle cinnamon on top. Chill and enjoy! 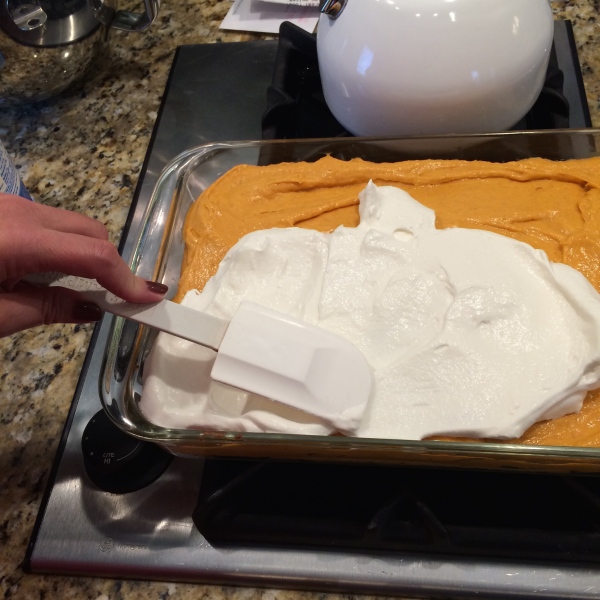