A few weeks ago, a show started bubbling up on my radar. A few friends mentioned it. A stray gif or two began to make its way onto my feed. My sister recommended it. My brother recommended it. And finally I found myself with some time to kill and in need of a happy, entertainment palate cleanser. So I clicked “play” on the first episode. And henny, I was HOOKED.

I am talking, dear readers, about “Queer Eye,” specifically the recent Netflix reboot of the early 00s reality show “Queer Eye for the Straight Guy.” Quick primer: The Fab Five — five gay men each with a particular specialty — parachute into the life of one man (or, in the show’s terminology, hero) for one week, over the course of which they make over (or, as they say, make better) his home, wardrobe, diet, look, and outlook on life. The week culminates with some sort of event at which the hero can show off the new him to his nearest and dearest, with the Fab Five watching the results from their loft.

The original series ran for 5 seasons, from 2003 to 2007, and won an Emmy Award for Outstanding Reality Programing in 2004. Netflix rebooted the series in February 2018, with original creator David Collins still at the helm but a new Fab Five in the loft. This season’s quintet consists of Bobby Berk (interior design and twirling), Antoni Porowski (food and being a literal snack), Jonathan Van Ness (grooming, can you believe!), Tan France (fashion and beautiful accents), and Karamo Brown (culture, aka therapy with occasional standing thoughtfully in front of bookcases, and also sometimes zip lines).

They are a diverse bunch, both in their race and cultural backgrounds and in terms of how they understand and present their queer identities. It is just as valid, the show seems to convey, to be a hair-flipping, Beyoncé-quoting gay as it is to be a more reserved, literary tee-wearing gay. In this rainbow, all shades are welcome.

Now I never watched the original series, and I’m not generally a fan of reality tv (“The Great British Bake Off” being a notable exception), so I was a little skeptical going in. I was expecting over the top drama, clearly staged moments, manufactured tears, lots of sass. What I found was an unexpectedly heartfelt and human story that moved me to both laughter and very genuine tears (and yes, plenty of sass, too).

The show deals in the aesthetic, yes, with transformed interiors that make my inner Apartment Therapy-fangirl swoon, in-depth discussions of skinny jeans, and many, many recipes incorporating avocado. There are more oh-so-gifable moments of hilarity than I can count. But it also deals very openly with issues from toxic masculinity and the heteronormativity to police brutality, racism, religion, grief, and homophobia. Where many reality programs would skim over these tough conversations — for example, between Karamo, a black man, and one of the heroes, a Trump-supporting police officer — “Queer Eye” forces you to look directly at them, to sit in them for a minute and reexamine your bias and privilege.

Which brings me to the other key difference between this “Queer Eye” and the one of the 2000s. While the original series was set in New York, the reboot is centered around Atlanta, Georgia. The heroes live in Atlanta itself and throughout Georgia’s more rural environs. They range from the son of Indian immigrants and a gay black man struggling to come out to his Mexican stepmother to a firefighter, a devout Christian, and the aforementioned, self-described redneck police officer.

It would be very easy — especially in the cases of the more white, rural subjects — to lean into stereotypes. Yes, they love NASCAR and shotgunning beers, drive trucks and drink redneck margaritas, spend their weekends hearing the good word at church. But what “Queer Eye” does so beautifully is elevate the common humanity in all its characters: gay, straight, black, white, brown, male, female, urban, country, Democrat, Republican, suave, awkward, and everything in between. It refuses to subscribe to stereotype: In fact, it drags bias and cliché out of the dark, cluttered closets and lays them before you to shrivel in the sunshine. 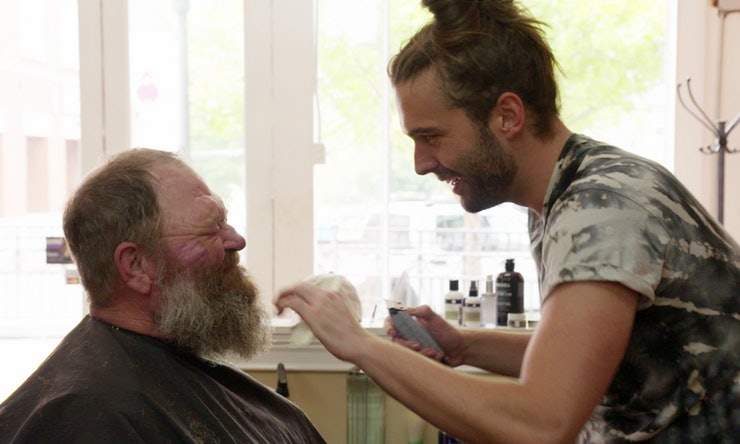 And the education here is a two-way street: The heroes, most of whom say they’ve never hung out with gay guys before, confront their preconceived notions about queer culture, and the Fab Five dismantle their presumptions about how a bunch of so-called rednecks will react to their invading their lives. 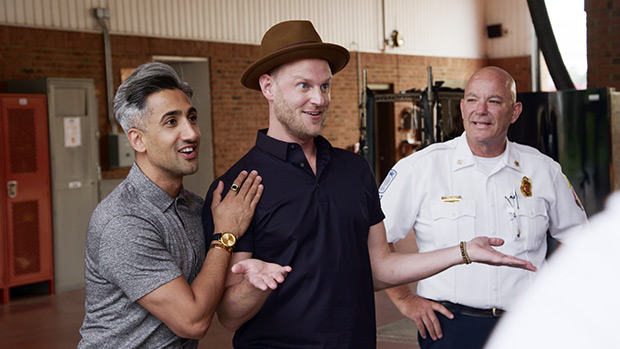 We live in a time of intense division, when it is easier to close ourselves off in insulated bubbles than to confront the rancor of the world. “Queer Eye” invites us instead to open our eyes and hearts, to tear down our walls, and to reject close-mindedness and hate. When you build walls, as the Fab Five tell many a hero, you don’t just shut other people out: You also confine yourself. When we write off an entire region of the country as a bunch of right wing, redneck hillbillies — as popular culture is often so quick to blanket label all of the South — we miss opportunities for joy and connection. 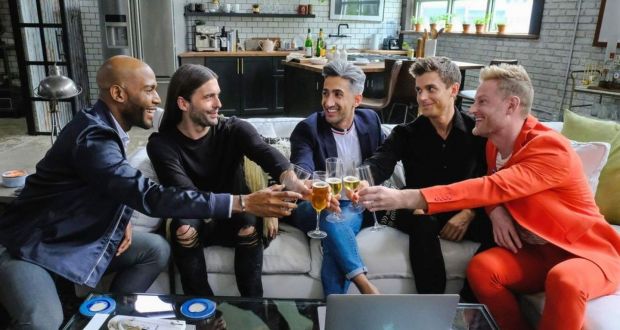 Series creator Collins has said that he wants to set future seasons of the show in other parts of the country, starting with the Midwest and his hometown of Cincinnati. It would be glib to suggest that a reality program could heal the festering divisions that currently splinter our nation. But “Queer Eye” gives me hope that with a little more faith, a little more willingness to listen, and a little more flair, we might move closer to a place of acceptance and love.