It’s T-minus 2 days until we leave for the homeland on the great pilgrimage to Derby. But before we pack up our hat boxes and head southward for that storied race, we wanted to tackle a classic Kentucky recipe: The Hot Brown.

Created in 1926 at The Brown Hotel in our hometown of Louisville, Kentucky, this hot, open-faced sandwich is a take on a classic Welsh rarebit, cooked up originally as a late-night snack (though, in our opinion, it’s probably a bit heavy for any time after dinner). Our Hot Brown is slightly modified to accommodate our Brooklyn environs, but it still gets the spirit of the original. We got to cross off some Z&S kitchen firsts for this recipe: We tackled a Mornay sauce, and Zelda made the first use of her broiler!

This rich, cheesy, meaty, wonderful sandwich put us almost directly into a food coma. So be sure to factor time for laying on the floor as you digest into your lunch plans. 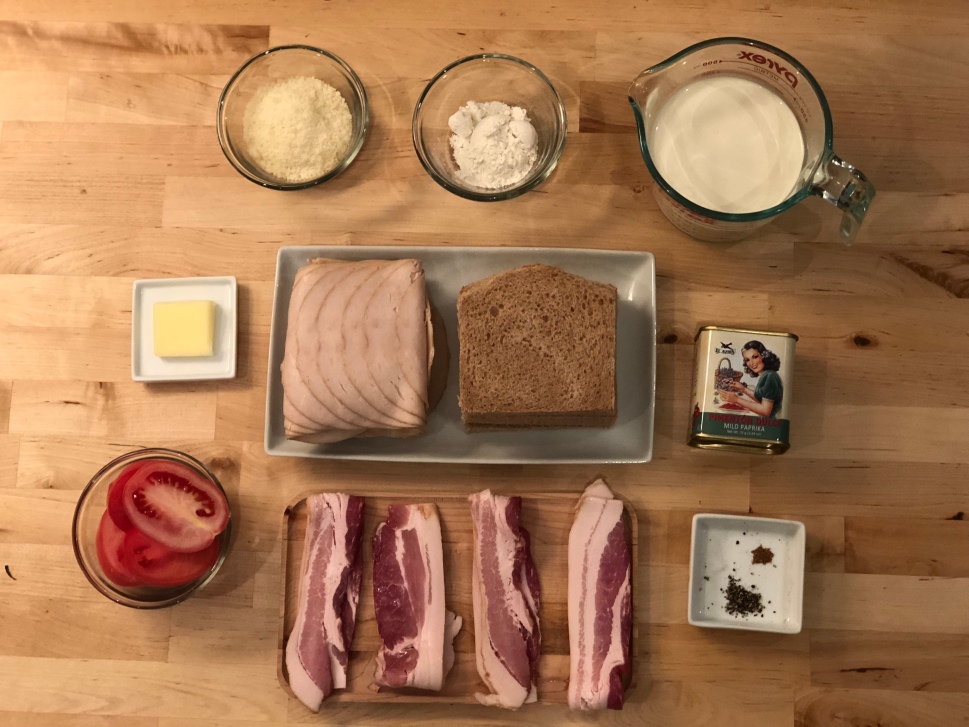 7 oz. sliced roasted turkey breast (The Brown calls for 14 oz. but we found this to be, in the parlance of George St. Geegland and Gil Faizon, TOO MUCH TURKEY! Also the Brown specifies that the turkey should be thickly sliced, but we found that your regular old thin deli slices worked just fine.)

2 slices of toast, crusts trimmed (The Brown calls for Texas toast — and for four slices, but more on that later. If you, like us, cannot find Texas toast at your local grocery store, you have two options: Make your own, or just use regular toast — in our case, using Trader Joe’s soft whole wheat. If you’re going the DIY route, we do recommend toasting in a pan instead of the toaster and coating your bread with a generous amount of melted butter for maximum crisp.)

2 Roma tomatoes, sliced in half (We followed the Brown’s directives on this one, but we think it would work just as well with two thick slices of a beefsteak or similarly-well-endowed tomato.) 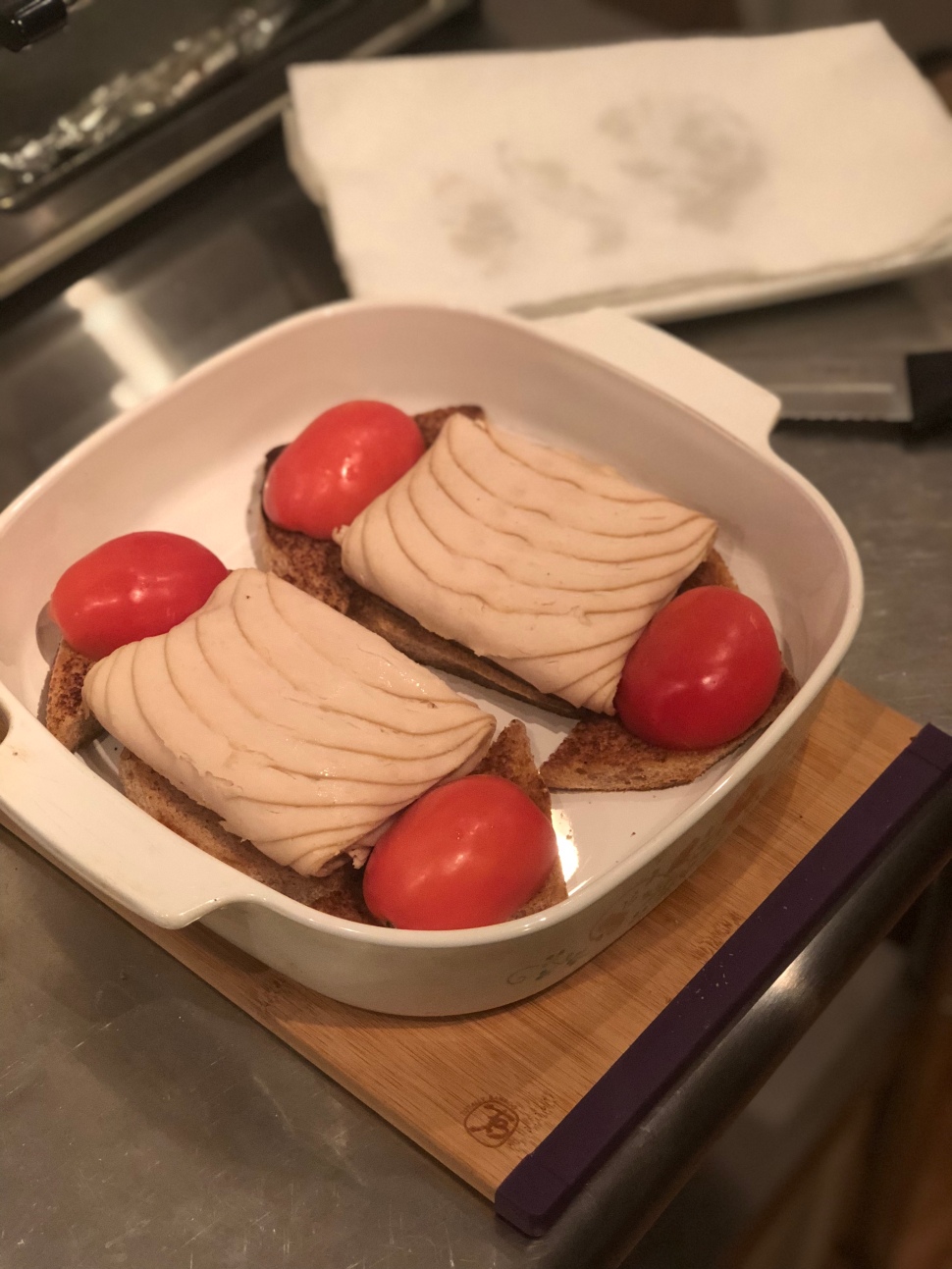 In a medium saucepan, melt the butter. Slowly whisk in the flour until combined to form a thick paste or roux.

Continue to cook the roux for 2 minutes over medium-high heat, stirring constantly.

Slowly whisk the cream into the roux. Cook over medium heat until the cream starts to simmer, about 2-3 minutes.

Remove from the heart and slowly whisk in the cheese until smooth. Season with the nutmeg and salt and pepper to taste. Congratulations: You’ve made Mornay sauce! Now, on to assembly.

For each Hot Brown, please one slice of toast in a broiler-safe dish. Cover with half the turkey.

At this point, the official recipe says to take the two halves of one tomato and two toast points (aka diagonally sliced bread halves) and place them alongside the base of the turkey and toast. We found this confusing to execute, and felt it did not add sufficient flavor to the final dish. So instead, we’d advise taking one large slice of tomato and placing it on top of the turkey. Then…

Pour half the Mornay sauce over the sandwich, completely covering it. Sprinkle with a bit more cheese. Repeat these steps for Hot Brown #2.

Once both of your sandwiches are nestled in their cheesy beds, place the entire dish under a broiler, on high, and cook until the cheese begins to brown and bubble (about 10 minutes).

While the Hot Brown cooks, fry up your bacon strips until crispy.

Top each sandwich with two strips of bacon, crossed to mark the spot where cheesy deliciousness is found. Sprinkle with paprika and parsley to garnish, and serve immediately. 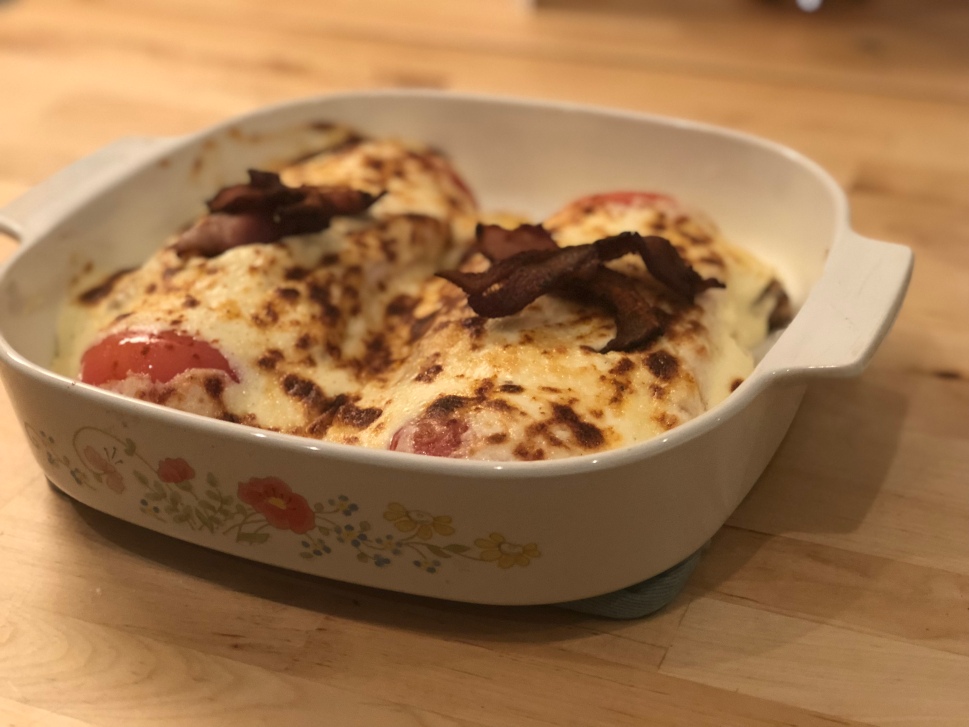 Now we followed the Brown’s instructions to a T when making our creations, and as we’ve explained in the recipe, there are a few adjustments we’d make for next time. Even so, though, this thing was delicious: warm, rich, creamy, with a nice balance of fresh tomato and savory turkey and ooey-gooey cheese. Come the first Saturday in May, this also adapts well into a party treat: Just cut your bread, turkey, and tomato into small squares or rounds, batch broil the whole lot, and sprinkle with bacon bits. And while the Hot Brown is stereotypically a Derby treat, we think it would work even better in the cold, grey months when all you want is something hot that tastes like a hug from home.

Now we’ve got to get packing…just as soon as we rouse ourselves from our Hot Brown-induced food comas. 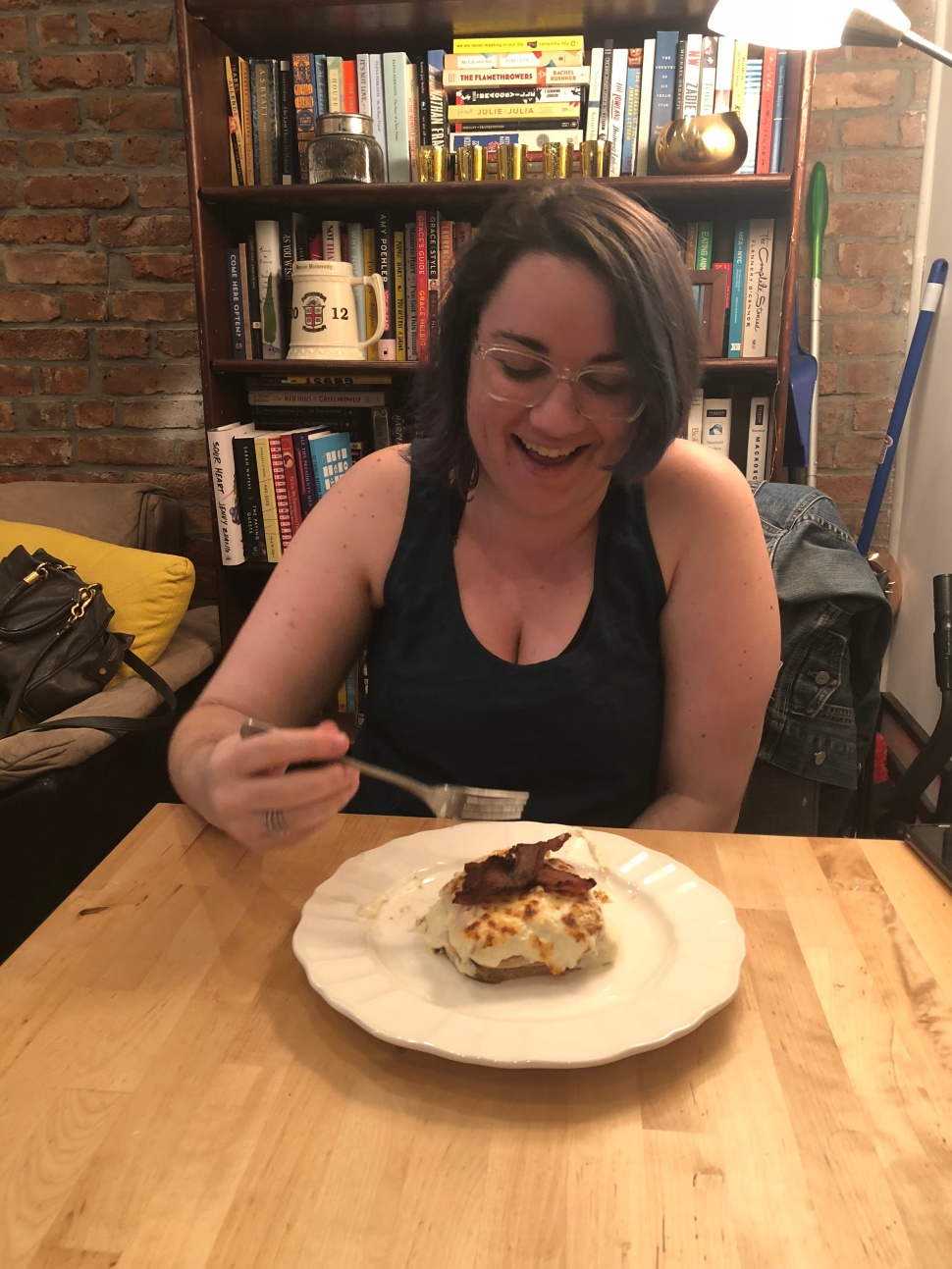