Well, another theater season is over, and “The Band’s Visit” ran away with all the Tony’s. We’re happy for them (Zelda, who saw and adored the show, especially), but still we can’t say we weren’t a bit underwhelmed by the selection of musicals on Broadway this year. I’m not saying that the musicals out there aren’t worth it (your girl has tickets to see “Spongebob Squarepants” tomorrow and she is PUMPED). But the deluge of theatrical offerings based on the movie/TV show/cartoon/music video/app/you-get-the-picture can be a bit disheartening for those of us who love the musical genre. Still, the trend seems here to stay. So instead of wailing and moaning and lamenting the dearth of original musicals, I’ve decided to lean into it. After all, everything is based on something, right? So here, for the Broadway producers’ perusal, are some of the shows I would like to see. 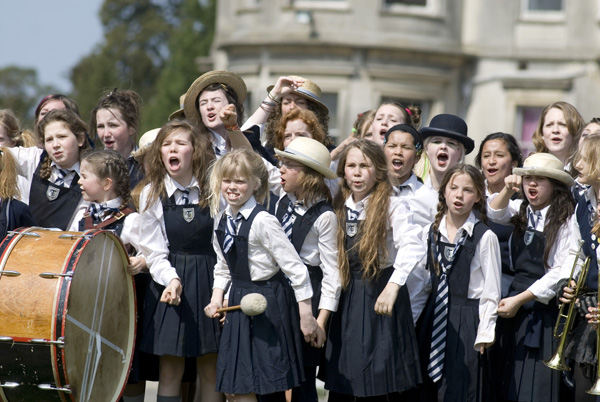 St. Trinians: As you may have heard, one of this season’s biggest hits (although a Tony shut-out) was Mean Girls. The show’s cast and creative team did a good job turning a movie that is such a cultural touchstone into song and dance. It’s a reminder that the trauma of teenage girlhood is ripe for the musical treatment…but I say let’s make it even more camp, and even more ridiculous, without straying from the message of it being okay to be who you are. I give you, St. Trinians, the 2007 British girl power film that involves Mean-Girls-like cliqus as well as an art heist. This is the school “Matilda” (of literary and Broadway fame!) would have been sent to if she’d been older. In my dreams, the adaptation is a collaboration between one of the film’s original stars, Paloma Faith, and my new favorite musical composer, Tim Minchin (see: aforementioned “Matilda“). Samantha Barks stars as Annabelle Fritton.

The Great British Bake Off: Okay, hear me out. Friend-of-the-blog Jason said this when I was spitballing ideas and, honestly, I think it could work. We’ve had musicals about spelling bees, musicals about those touch-the-truck competitions, musicals about pies —why not a musical about an epic baking contest? I can see it now: a dedicated ensemble cast, led by Laura Benanti and Jenn Colella as Mel and Sue, who deliver an over the top opening number introducing everyone (“Great Comet” style). There’s be a song about that time spent merely watching ovens and waiting for bread to rise, a dance number about the dangers of soggy bottoms, and a side romance between two contestants. On your mark, get set, bake…I mean, sing!

Cut to the Feeling: The Carly Rae Jepsen Jukebox Musical: Listen, Carly’s music is timeless and catchy and contains a multitude of emotions and storylines to be explored. So if jukebox musicals are going to be a thing, by god, I demand a CRJ jukebox musical! This is the next “Mamma Mia!“, I swear. Here’s where “Store” can really shine, where “Run Away With Me” is the first act closer (joining the great musical theatre tradition of songs with that title).”Call Me Maybe” will kick off a wonderful gay love story. Carly will write a new song for the curtain call and it will become an automatic hit. This is going to be big. 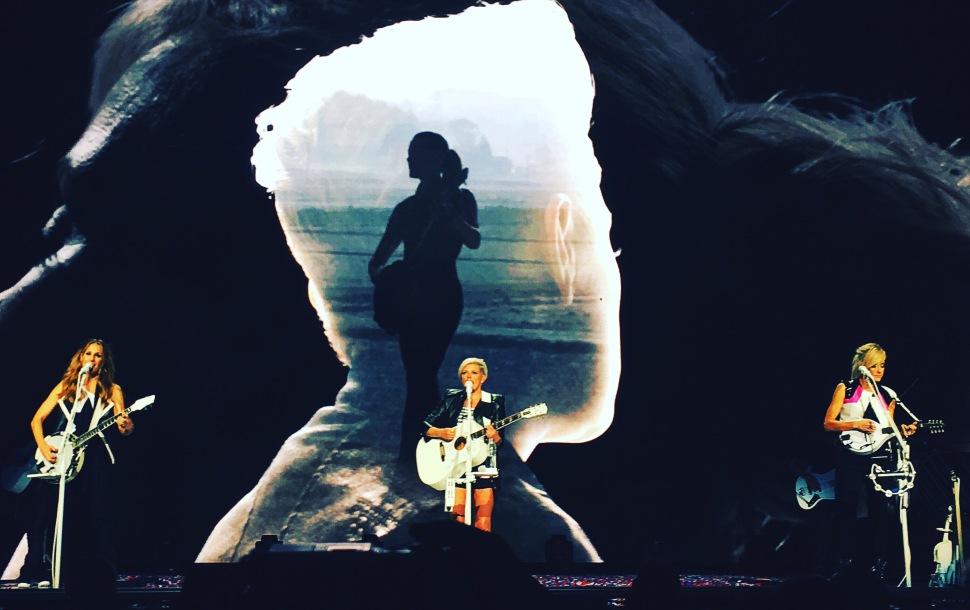 Long Time Gone: Speaking of jukeboxes…GIVE ME A DIXIE CHICKS MUSICAL! It’s all I want in the world: a Southern Gothic saga set to sounds of Martie Maguire, Emily Robison and Natalie Maines. You’ve got happy jigs and haunting melodies and everything in between to choose from, just waiting for a protagonist to return to her small town after too many years and confront the conflicts she ran away from. “Long Time Gone” is an opening if I’ve ever heard one. “Not Ready to Make Nice” is your eleven o’clock number. “The Long Way Around” is the curtain call. Honestly, I could pitch four musicals, one for each of their major studio albums and they’d all be good. Other tracks include: “Wide Open Spaces,” “Tonight the Heartache’s on Me,” “Some Days You Gotta Dance,” “Godspeed,” and more. Sutton Foster probably stars.

Nighthawks: We’ve had musicals based on art before; Sondheim’s “Sunday in the Park with George,” for example, was inspired by George Seurat and his pointillist masterpiece, “A Sunday on La Grand Jatte“. So I’m here to propose a musical based on the works of American realist painter Edward Hopper. Hopper’s paintings already look like stage sets, and a musical about the feeling of isolation in an urban environment and the longing for human connection is Tony bait for sure. We open on the familiar tableau of “Nighthawks,” where we find our four main characters at the end of their story, where their lives intersect. We spend the rest of the musical learning about them, their stories, how they have missed each other over the years, how 1930’s New York is crumbling under the Depression, all while recreating Hopper’s famous scenes. Music by Jeanine Tesori.