If you’re a regular reader, you know that our writing has been…inconsistent lately. There are a lot of reasons why — life stuff, job stuff, busy and overwhelmed and uninspired stuff. We are coming upon the fifth anniversary of this project, five years of recipes and playlists and rants and raves and reflections on what it means to call a place, or places home.

When we started, Scout was working part-time, Zelda was full-time but with lots of free time while she waited for the phone to ring, and we both had much more unclaimed time in our lives. As the blog has grown, we’ve grown with it. We’ve made new friends and new routines, written articles and started podcasts and moved apartments and gotten promoted. And as we approach our fifth blogiversary, we have come to the difficult decision to consciously uncouple from this little corner of the internet.

Dear readers, the time has come for us to retire our blogging hats, at least for now. We can’t keep the blog going in the way we want to, producing consistent content that we’re proud of, and rather than continue to postpone and half-ass and struggle along, we’d rather put a big beautiful bow on it and let it be what it is: five wild, wonderful years

They say parting is such sweet sorrow, and so we wanted to leave you with a sweet week of Southern and New York City goodness. We’re kicking it off with the literal sweetness: our final attempt to conquer the kitchen. We wanted to go out with a complex and deeply Southern bang, and so we looked to a recipe originally printed in a 1978 issue of Southern Living (it doesn’t get much more deeply Southern than that, y’all). Allow us to introduce you to hummingbird cake. 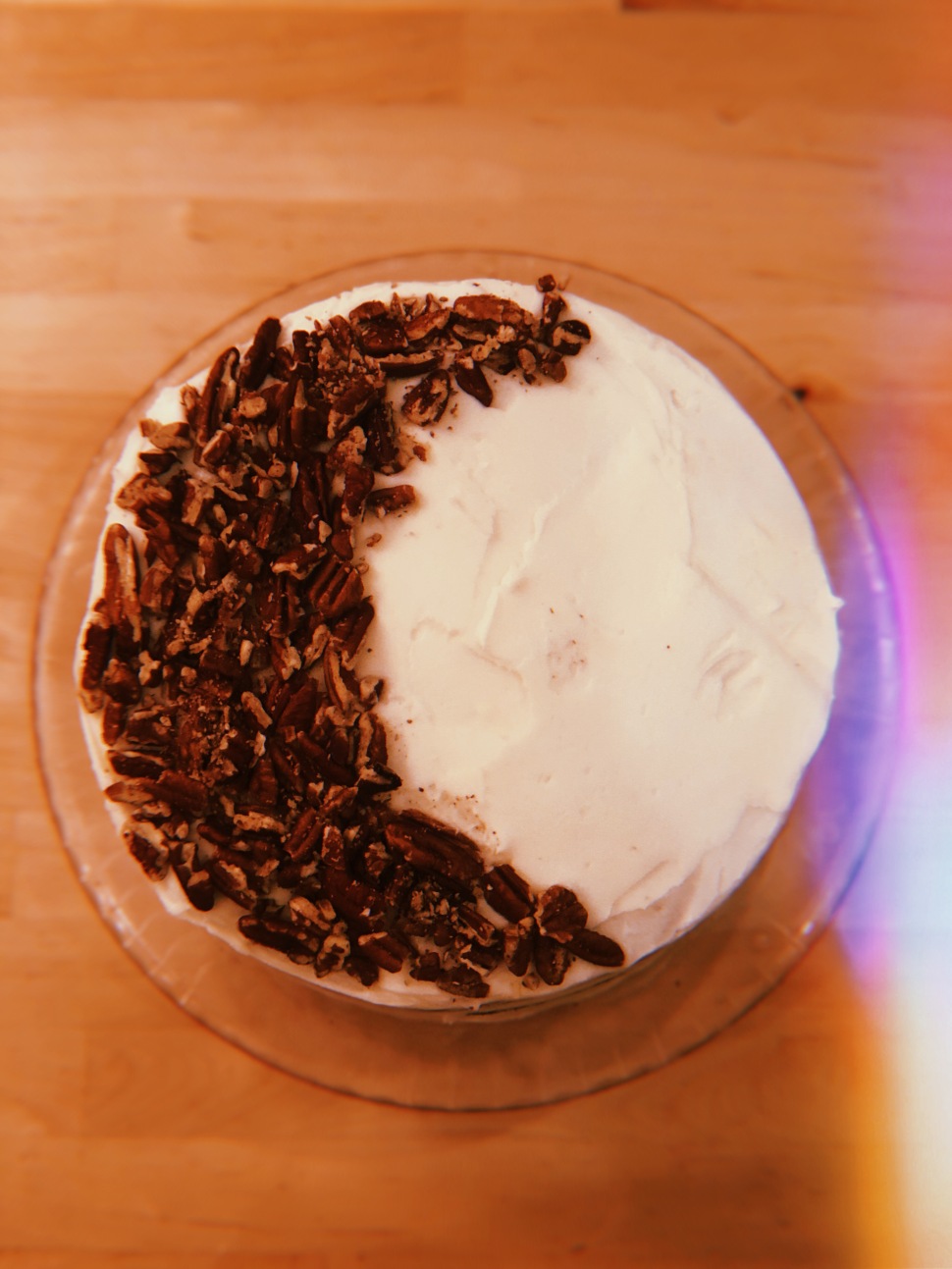 The hummingbird cake originated in Jamaica, drawing its name from the island’s national bird. It made its way to the U.S. in 1979, as part of a push by the Jamaica Tourist Board to get Americans to come visit. In 1978, a recipe for the cake, also called Doctor Bird Cake, was submitted to Southern Living by Mrs. L.H. Wiggins of Greensboro, North Carolina. It was printed that March and won the award for “Favorite Cake” later that year at the Kentucky State Fair. Today, the magazine calls it “our most popular and beloved Southern cake recipe ever.”

We chose, perhaps poorly, to bake our own hummingbird cake during the hottest week of the year. As the air conditioning struggled to keep up with the heat, we embarked on our last culinary hurrah as Zelda and Scout.

3 cups all-purpose flour, plus a little extra to dust the pans

While the pecans are toasting, whisk together the flour, sugar, salt, baking soda, and cinnamon in a large bowl.

Add the eggs and oil, stirring just until moistened.

Stir in the vanilla, pineapple, bananas, and toasted pecans.

Grease three 8-in cake pans with shortening (we assume butter would work just as well, but since Zelda happened to have shortening on hand, we went the Southern Living way). Dust with flour, coating evenly.

Divide batter evenly among the pans. Bake for 25 to 30 minutes, until a toothpick inserted in the center comes out clean. Cool the cake in pans for 10 minutes, then remove and cool completely on a cake rack. 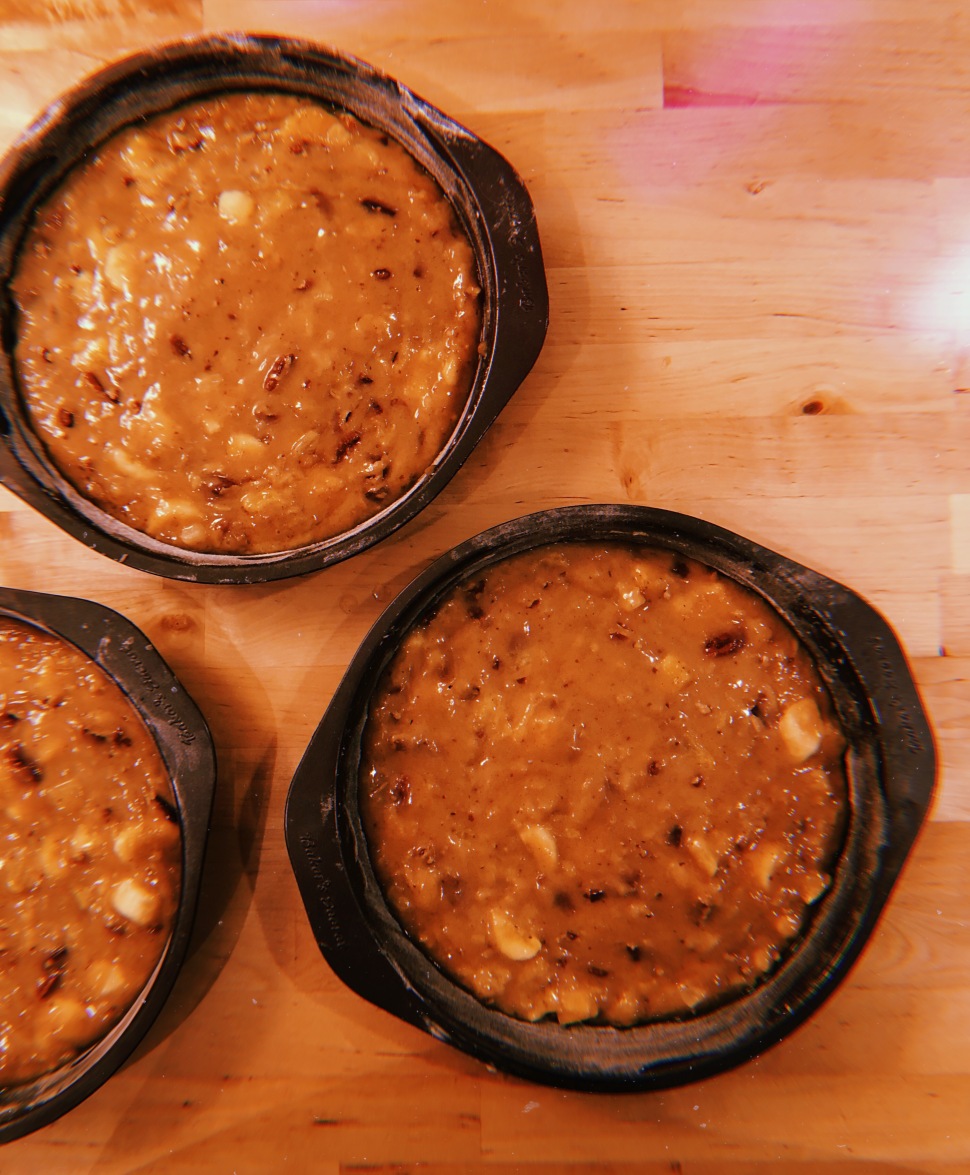 [Note: Southern Living says the cooling should take about an hour. However, this was the point in our night when we realized we’d overestimated Zelda’s powdered sugar stores and did not have enough for the cream cheese frosting. Undeterred, we decided to cool the cakes overnight and reconvene the following evening for part two: the great frost.

To make the frosting, beat the softened cream cheese and butter in an electric mixer on medium-low speed until smooth (we’re always excited when we get the chance to break out Zelda’s mixer, her pride and joy, and an inherited gift from her mama).

Gradually (and very carefully) add the powdered sugar, beating at low speed until blended after each addition.

Add the vanilla. Increase speed to medium-high, and beat until fluffy, about 1 to 2 minutes.

Now, time for cake assembly! Place cake number one on a cake stand or serving plate. Spread the top with one cup of your frosting. Repeat with layer number two and one cup of frosting. Add the third layer upside down, so the flat bottom is the top of your cake. Spread the remaining frosting on the top and sides of the cake. For bonus points, decorate your cake with extra pecans (we went for a festive chopped crescent).

Y’all, this cake is, well, divine. It’s moist and flavorful and rich. And it features generous amounts of cream cheese frosting, which is obviously the best of all possible frostings. Five years on the blog — and two days in the kitchen — later, we raised a fork to adventures past and present and yet to come. Cheers to all of us. We earned it.