Hello lovelies! Welcome back. Our little blogcation was lovely, thanks, but we missed you terribly, and are thrilled to be diving into year two! A few housekeeping things before we get down to business. This past year has been wonderful; we’ve written a lot of posts we really cared about and enjoyed, we’ve told stories we think need telling, and we’ve gotten to know so many of you in the process, which is hands down our favorite part. But while we’re proud of what we’ve done so far, we also wanted to take this little pause to reflect, and to think about how we can make this blog even better, to stay true to our mission statement and bring you the highest quality content we can.

So, in that spirit, we’re making a few changes. First, and most significantly, we will now be posting two times a week instead of three, every Tuesday and Friday. We are both busy humans, and over the past year we’ve often found ourselves scrambling to come up with three posts a week on top of work and other projects. By cutting back on the frequency of posts, we hope to bring you content that is even more thoughtful and creative — quality over quantity, as it were. We’re also shaking up the schedule a bit, in light of our revised days. Tuesdays will be the new Mondays, with regular features every week. The first Tuesday of the month will be our playlist, the second will bring a little inspiration, the third will continue our series “Eat This, Drink That,” and the fourth will be a round up, like the one currently before your eyeballs. On Fridays, the field is wide open! Whether Southern or New York-inspired, cheeky or reflective, short or long, these posts will bring something different each week from one of us, with our focus remaining on telling human stories, expanding the Southern and New York narratives, and grappling with the concept of home, wherever you may find it.

Now there’s a chance we may decide we hate this new schedule, that it doesn’t work for us at all and we should go back to our original ways, or forge a new path altogether. But for now, we’re excited to give it a go. And this blog doesn’t work without y’all, our community, so if you have thoughts or feelings about how things are going (or about life, home, the best ways to consume bourbon, etc.), we want to hear them! You can always reach out at zeldaandscout@gmail.com, or on any of our social media platforms @zeldaandscout. And now, back to our regularly scheduled programming. Thus begins Chapter II. Let’s do this. 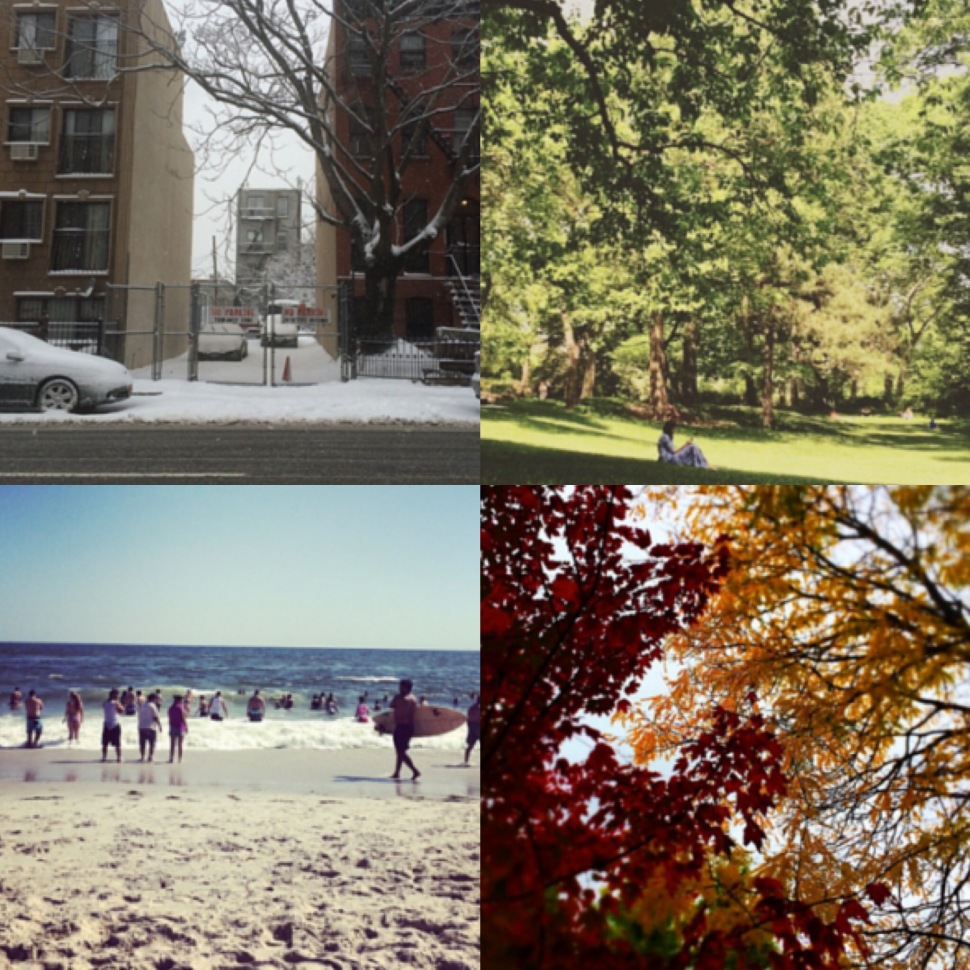 What We’re Doing: August was a quieter month for us on the blogophsere. After a little inspiration, some moving madness and summertime nostalgia, a playlist for a new chapter and some chili and bourbon to soothe our souls, we celebrated our blog’s first birthday with a break. Our two weeks off flew by, with new apartments and new jobs and new roommates and trips home to eat up our time, but they still gave us a chance to recharge and reflect, leaving us poised to tackle this second year of Zelda and Scout with renewed enthusiasm. 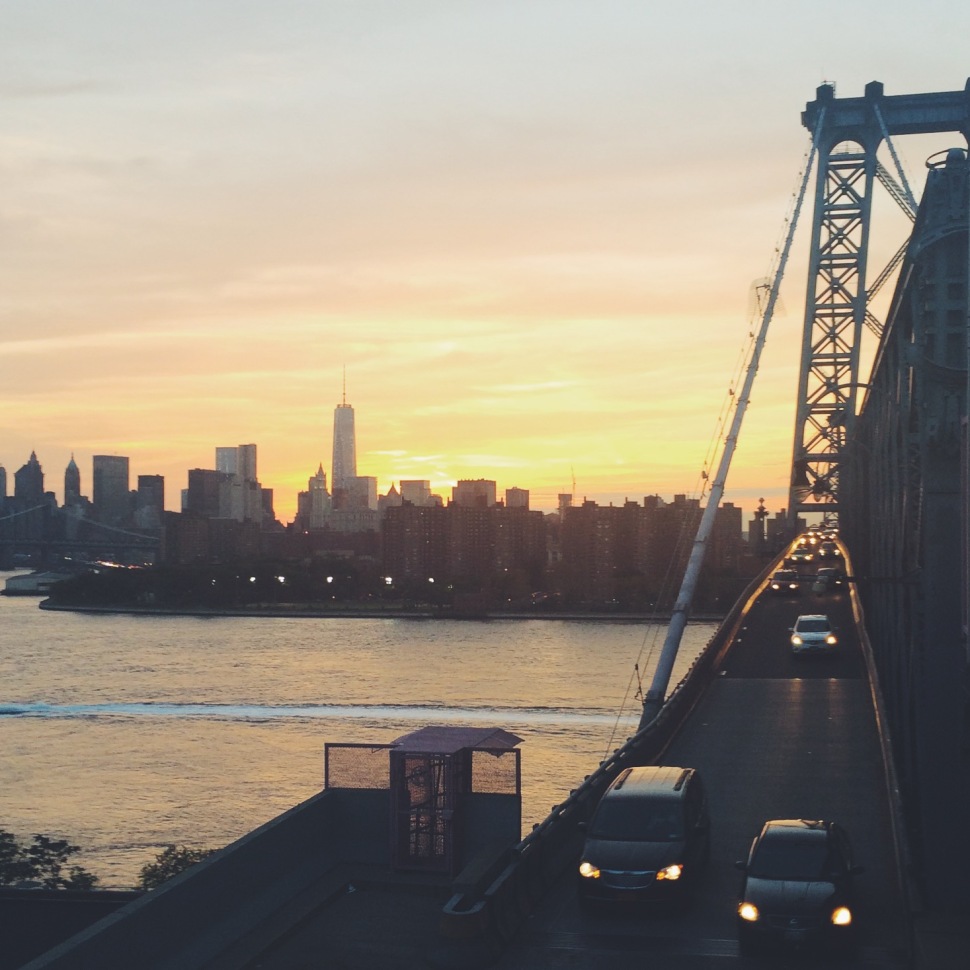 What We’re Listening To: Our August playlist was all about new beginnings, as we roll right into our second year as internet creators with a soundtrack to match. Equal parts hopeful for the future and angsty about the changes to come, we’re striking out on our own with Audra Mae, “Letting Go” with Ben Sollee, wondering “What’s Going On” with 4 Non Blondes, and, when all else fails, shutting up and dancing with Walk the Moon.

We also love: Scout’s preparing for a myriad of fall concerts with Houndmouth, Motion City Soundtrack, and Andrew McMahon in the Wilderness. Zelda, living a similar concert prep life, has also been jamming to Houndmouth and bingeing on The Milk Carton Kids.

What We’re Watching: It’s a been a comedy month here at Zelda & Scout, inspired by a recent heated discussion on a Brooklyn rooftop. Scout (with help from the rest of our squad) convinced Zelda (and others in company) that it was of the utmost importance that she watch the entirety of the British sitcom The IT Crowd as soon as humanly possible (ever the diligent student, she proceeded to delve into the first two episodes that very night). The quirky Brits of this information technology department remind us that sometimes it’s best if you just “try turning it off and on again.”

We also love: Scout, like much of the country, has been loving Netflix’s Wet Hot American Summer: First Day of Camp, as well as the YouTube series Lovely Little Losers (both on Zelda’s to-watch list). Zelda meanwhile has been catching up on Hannibal and indulging in a little Chuck rewatch to get her through the unpacking madness. And from both of us, to you, we present this video, from the awesome folks at The Art Assignment.

What We’re Reading: We adore Mindy Kaling in all her forms, but this Shouts & Murmurs piece from the beginning of the month was particularly on point — a delicious riff on the fall’s coming TV attractions to tide us over until her new book and newly Hulu-housed Mindy Project grace our presence in September (In need of more Mindy? Glamour also brought us an excerpt from Why Not Me? this month, in which Mindy teaches all of us how to be a confident baller like herself).

We also love: This Buzzfeed listicle of our favorite Disney princesses in their greyer years (the predictions for what a heroine does in retirement are just delightful), this New York Times profile on Hamilton writer/composer/star and generally brilliant and talented human Lin-Manuel Miranda, this installment in Rachel Farrell’s new series for The Offing, “Rejected Book Titles,” this surprisingly moving profile of erstwhile blowhard and heir to the Late Night throne, Stephen Colbert, Girl Meets World star Rowan Blanchard’s wise-beyond-her-years Tumblr essay on feminism and what it means to be truly inclusive, and this birthday tribute to our perennial favorite John Green, who truly does make the world suck less.

What We’re Eating: In the second installment of our Eat This, Drink That series, Scout cooked up a rendition of her grandmother’s white chicken chili. While we had to work with what Key Food had to offer (turkey instead of chicken, only one can of green chiles instead of two), it turned out pretty tasty. The post itself spawned a conspiracy theory among Scout’s family that her grandmother keeps her recipes purposely vague so that no one can make them like her, thus maintaining an iron grip on her culinary crown. Gaga’s response? Smile and sip her vodka tonic. 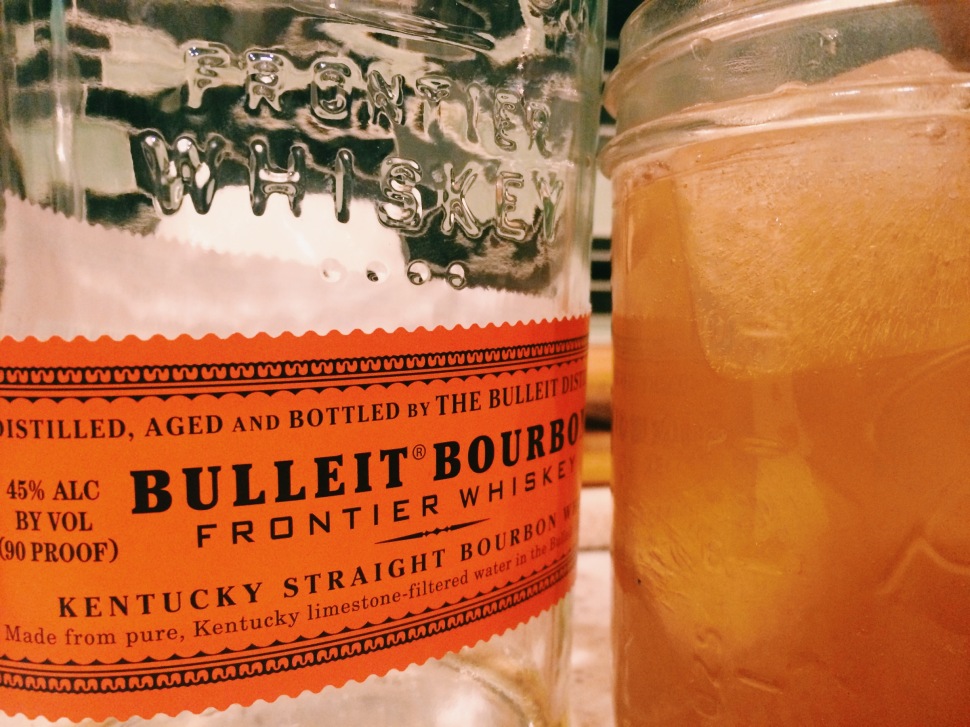 What We’re Drinking:  The hot, sticky humidity of August had us reaching for all our favorite cold drinks. Zelda blended up some Southern goodness in the form of Mamrie Hart’s Alabama Blizzard. Scout took part in a sour beer event at her Home Away From Home, The Sampler. And there’s no way we’d survive this weather (or our lives in general) without many, many liters of iced coffee. And of course, don’t forget to hydrate! Our water bottles are our best friends these days.

What’s On Our Wishlist: Zelda is itching for fall, her favorite season. Her daydreams lately have been of the distinctly cozy variety: a fuzzy blanket to snuggle up in, boots made for leaf crunching, a new bag to fit her autumn palette. Scout is also dreaming of boots, the better to pound the Brooklyn pavement with, and she has her eyes on a video camera, so we can maybe turn this here blog into a blog/vlog…#daretodream.