It’s summertime in the city, and the living in our parts is decidedly sweaty. The heat has seeped in everywhere, even in places that should remain blessedly cool (see: Scout’s workplace, Zelda’s apartment). Zelda spent much of this month drowning in politics (#newsroomlyfe), while Scout was besieged by hordes of summer campers (#museumlyfe). But we did manage to have some fun. The banner headline goes to our trip home for Forecastle, the music festival by now much-discussed in the Z&S sphere. We danced and sang along and drank good beer and ate fresh pork rinds. We came home minus several hours of sleep but plus several freckles and a healthy dose of sun. It does a body good to spend an evening in a grassy field with one’s friends, swaying along to a melody, while a Kentucky sunset paints the sky cotton candy shades of pink. So thanks, July. We needed that. 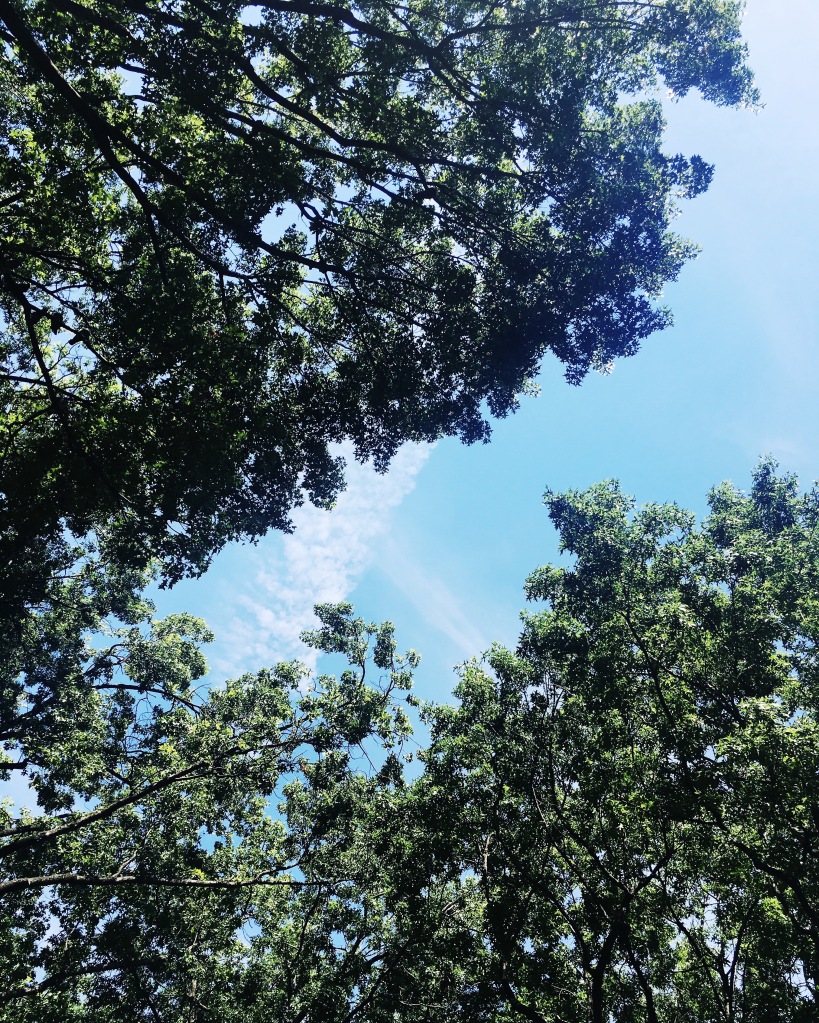 What We’re Doing: This month was definitely on trend, with summer posts ranging from the culinary to the literary and beyond. Scout talked music festival tips and breakfast. Zelda shared a Fourth of July recipe and some great Southern summer reads. We prepped for Forecastle with a playlist, made chocolate chess pie and strawberry gin smashes, and pulled together some Tuesday inspiration fit for a summer storm. But the post we’re most excited about is the return of Just Folks! This month we talked to Andi Morrow, Tennessee native and New York actress, filmmaker, etc. about dogs and community and Patti Smith and being “Southern as shit.” 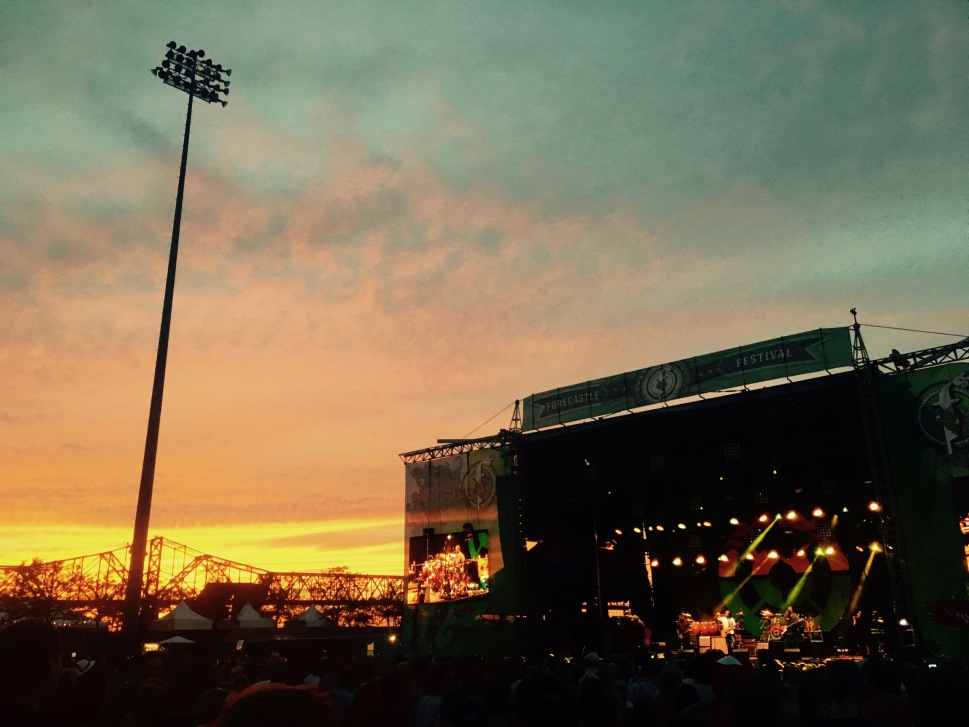 What We’re Listening To: This month was pretty much all about Forecastle for us, musically at least. While we looked forward to seeing old favorites like The Avett Brothers and Andrew McMahon, we spent the first half of the month prepping with this playlist of potential, soon-to-be favorites. The leaders of the pack after the festival were Sarah Jarosz and The Seratones. Sarah’s melancholy, mountain-tinged melodies shot straight to our hearts, and The Seratones rock kicked off our festival with a little dash of Louisiana, which is never a bad thing in our minds. But the real winner? Brandi Carlile closed us out on a warm Sunday night, under a brilliant sunset and the light of a rising moon. She was everything we wanted from Forecastle. Her cover of “Folsom Prison Blues” was the soundtrack to our exit, and will forever be linked to the whole experience in our memory.

We also love: We’re always happy to hear new music from blog favorite The Secret Sisters, so this cover of Hank Cochran’s “Make the World Go Away” made us happy, however sad the song may actually be.  And another blog favorite, Watsky, announced a new album and a new tour, and even released a couple of tracks. You can bet we’ve pre-ordered our copies and gotten our tickets. He also dropped the track list last week, and while a new Watsky album always has us excited, we are especially stoked for appearances by Julia Nunes, Dumbfounded, Chinaka Hodge, Rafael Casal, and Tony-winner Daveed Diggs.

What We’re Watching: The long-awaited remake of Ghostbusters hit theaters this month, and you can bet our butts were in those seats (which is saying something, because and it takes a lot to get us to a theater in New York City — $15+ is a lot for a movie, y’all). And Scout would probably sell her soul (or at least donate it for cool science purposes) to Jillian Holtzmann, (played impeccably by Kate McKinnon), who was the highlight of the film for her. It was funny, irreverent, with a good number of nods to the original, and packed with girl power. Go see it. Women are funny: It’s time for the haters to deal with it.

We Also Love: Maybe you’re living under a rock, or maybe you just don’t care, but if you haven’t heard, Gilmore Girls is coming back for an encore this fall. Netflix recently dropped the release date (Thanksgiving Weekend plans, made) and this teaser, and got us all aquiver with excitement to revisit Stars Hollow. Over on YouTube, Scout continued her McElroy Brothers kick with gut-busting viewings of Monster Factory, their show where they use video games to build crazy looking characters and hilarity ensues. And our favorites over at Shipwrecked Comedy dropped the trailer for the upcoming “Edgar Allan Poe’s Murder Mystery Dinner” (#PoeParty) starring some of our internet favorites: Ashley Clements, Mary Kate Wiles, Lauren Lopez, Sean Persaud, etc. We are totally pumped. 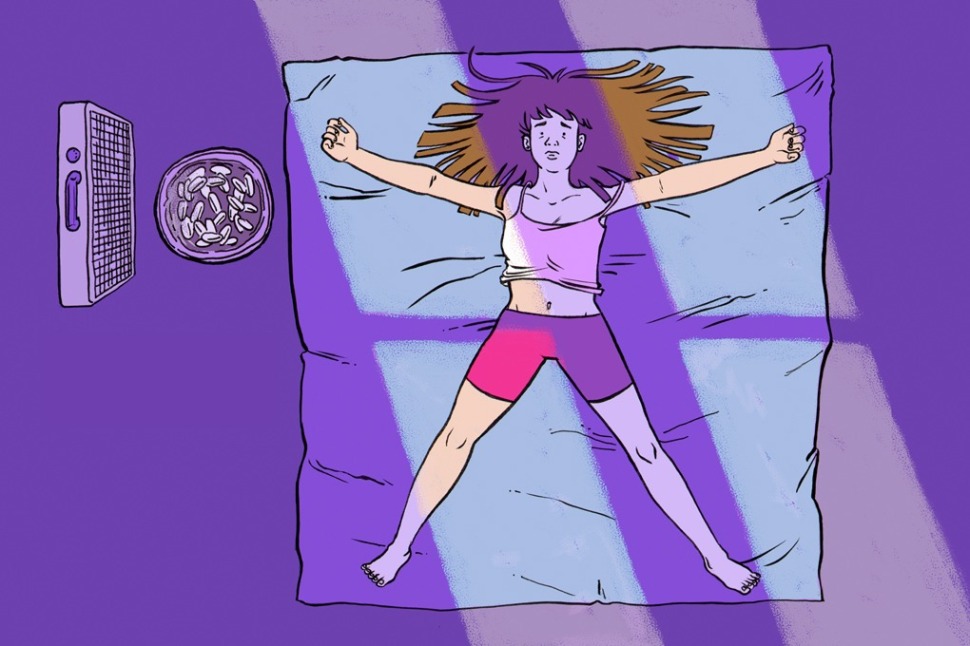 What We’re Reading: This fascinating look at how American dining has changed over the last 30 years (Bon Appétit), along with this compilation of the most popular foods and/or cocktails for every year from 1970 to 2016 (Fondue! Kiwis! Cool Ranch Doritos!) (Good Housekeeping). This story about the infamous quiz every applicant to the Strand bookstore must take, which goes a long way to explain why the store is so freaking great (The New York Times). Play along at home and see if you make the cut! This (maybe a bit too real) guide to surviving an air conditioning-less summer in the wilds of Brooklyn (Bushwick Daily). This scathing peek behind the curtain of our nation’s Cheeto-hued would-be leader, told by the man who actually wrote The Art of the Deal (which, were he to write it today, he would more aptly title The Sociopath) (The New Yorker). Speaking of politics, we generally refrain from discussing them too deeply on this here blog, but this spoof of every outfit-analyzing, intellect-minimizing analysis of a candidate’s spouse is really delightful (Quartz), and this essay by Ghazala Khan, the mother of slain Muslim soldier Humayan Khan, to explain why she appeared silent behind her husband, Khizr, while he reminded watchers of the Democratic convention what makes us American and why this election matters so much, is a must-read (Washington Post). In other news from the department of “reading that makes us better, more thoughtful humans,” check out this reminder of why representation in the media matters (don’t be fooled by the listicle format — this sucker will hit you right in the feels) (BuzzFeed), as is this discussion of the politics of the AWESOME new “Ghostbusters” movie (The New York Times). And finally, to end on a charming note, as a former constructor of her own fairy huts, Zelda was particularly enchanted by this profile of the woman who filled the forests of New Jersey’s Rahway Trail with houses fit for Thumbeline (The New York Times).

What We’re Eating: Scout cooked up a chocolate chess pie for our monthly dose of Eat This, Drink That. It’s a classic Southern treat but with a chocolate twist, because chocolate makes everything better. While it didn’t quite live up to our Homemade Pie Kitchen expectations (but we really can’t expect Scout’s creations to live up to that — she’s pleased when they’re mostly edible), it was pretty tasty, and we enjoyed it both for dessert and for breakfast the next morning.

We Also Love: Our trip home wouldn’t have been complete without a few trips to our favorite hometown eating establishments. We brunched at The Silver Dollar, because we always have room for their chilaquiles. We swung by Wild Eggs for an everything muffin. And we even managed a slice of Mellow Mushroom while still on the festival grounds.

What We’re Drinking: Zelda stirred up some strawberry gin smashes for Eat This, Drink That, and they were tasty as hell. This summery spin on a classic straight out of the Roaring Twenties was totally refreshing in the July heat. Honestly, we are always down for any drink that incorporates strawberries and/or smashing, and we highly recommend the pitcher version of this recipe for easier smashing and more strawberry flavor.

We Also Love: In the midst of our Forecastle adventures, we left the festival grounds for dinner at hometown (and internationally acclaimed) brewery, Against the Grain. We had exemplary food, exemplary service, and above all exemplary beer. Speaking of exemplary beer, our trip home wouldn’t have been complete without stops at the Louisville Beer Store and The Holy Grale. Louisville, we love you, and you clearly love good beer as much as we do.

What’s On Our Wishlist: Despite our pre-orders, our copies of the newest addition to the Harry Potter universe have yet to arrive. Dearest Amazon, please dispatch the Cursed Child to us by the next owl, lest we be forced to send you a howler expressing our impatience and displeasure! We also wouldn’t complain if you threw in a popsicle maker, the better (i.e. colder) to convey deliciousness, boozy or otherwise, into our mouths.