We here are at Zelda and Scout are big fans of the pod, as a medium. We spend a good chunk of our lives in transit, you see — on trains, on buses, walking to and fro — and so our lives are rife with opportunities to delve into the wonderful world of on-demand radio shows. Last spring, we shared some of our favorites with you, from true crime to internet faves to badass lady chats. And many of my picks from 2016 are still in my regular rotation (shout out to Another Round and Dear Hank and John, y’all!). But I’ve also discovered a ton of fantastic new content over the past 15 months, pods that have quickly wormed their way to the top of my queue. Here are just a few that I’ve been loving of late.

Crimetown: I’ll start with my newest discovery first. As you may know, I went to college in Providence, RI, which in my time there was a picturesque little city filled with beautiful old houses, fantastic food, and New England’s largest indoor mall. But the city’s history is, well, not so cute, and this show from Gimlet Media drags all of the town’s skeletons out of the closet and shines an exacting spotlight on them, dirt and murders and corruption and all. The season (subsequent seasons will explore the culture of crime in other, as-yet-unnamed cities) follows the rise, and fall, of Providence mayor Buddy Cianci and his relationship with the other, less genteel local governing body: the mafia. It’s fascinating, whether you’re familiar with Providence or not, and the episodes clock in around an easily digestible half hour. Also, the theme song is catchy as hell. 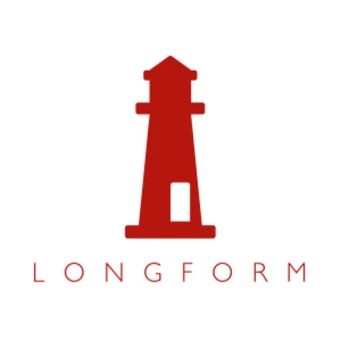 Longform: I wrote a whole post back in April about my favorite new podcast from the last year, S-Town, so I’m not going to include it on this list. But an interview with S-Town’s creator, Brian Reed, led me to another new favorite podcast: Longform. Sponsored by University of Pittsburgh’s Writing Program, this show features a different non-fiction writer every week. It’s a simple format: Each week, one of the pod’s hosts has a conversation with the writer — a term which here can apply to journalists, cookbook authors, poets, podcasters, documentary filmmakers, and more — about how they tell their stories. As someone who loves to read and write non-fiction, especially long-form narratives, I find it fascinating to hear these creators unpack their processes, from how they find a subject to how they approach a story to why writing matters.

See Something Say Something: This one is a favorite of mine and Scout’s, courtesy of BuzzFeed. Host Ahmed Ali Akbar invites guests (including our all-time favorite, Her Majesty Bim Adewunmi) into his studio to drink chai and talk about what it means to be Muslim in America. Topics range from the Muslim travel ban to “Master of None” to pick-up lines to video games to Christmas celebrations to aunties to whether or not Zayn Malik is the ultimate Muslim bae. The show is funny and smart and sincere, unafraid to tackle big, potentially uncomfortable issues without ever getting sanctimonious or dry. Their recent Ramadan series was particularly good, and a great place to start if you’re just diving in!

Harry Potter and the Sacred Text: This podcast was recommended to me by a dear friend who is preparing to start rabbinical school and, as someone who does not identify as particularly religious, I’ll admit I was initially skeptical. But I am a die-hard member of the Harry Potter generation, and this friend has rarely steered me wrong, so I decided to give it a listen. The podcast’s premise is a question: “What if we read the books we love as if they were sacred texts?” Vanessa Zoltan, a research assistant at Harvard Divinity School, and Casper ter Kuile, a Ministry Innovation Fellow also at Harvard, spend a lot of their time thinking about how scared texts function: how we read them, how we draw lessons and meaning from them, why they matter to people. Each episode, they apply the themes and techniques of traditional sacred reading to one chapter of the Harry Potter series, starting with “The Boy Who Lived” and moving chronologically. They are thoughtful without ever getting preachy, and their show makes me think a lot about values and meaning and just how powerful and important Rowling’s series is. It’s a fascinating way to revisit the stories and characters I’ve known and loved for most of my life with fresh eyes. 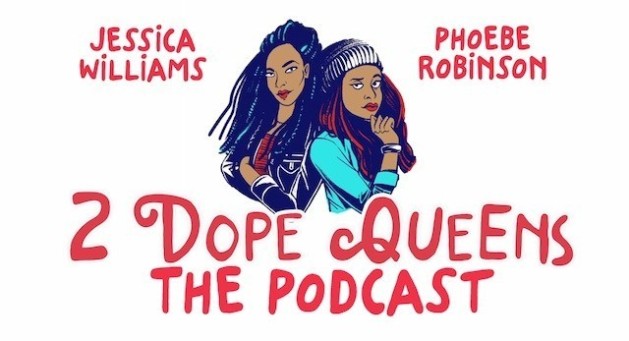 2 Dope Queens: Sometimes I like my podcasts to be informative and thought-provoking, adding a side of ponder to my commute. Other times, I just want to laugh (sometimes out loud, on many occasions startling my fellow subway riders). For those moments, I have Phoebe Robinson and Jessica Williams, the hilarious badasses behind this WNYC smash. The show is part bestie banter between the two lady hosts, part stand-up special, all recorded live so you feel like you’re in the room where it happens (even if, like me, you have repeatedly failed to purchase tickets before they sold out — this shit really is the “Hamilton” of Brooklyn). Both halves are a hoot, and the latter has become my favorite way to discover new comedians. The show is especially good at showcasing funny women, queer folk, and people of color who don’t always get as much mainstream exposure. And then sometimes there’s Jon Hamm.

Anna Faris Is Unqualified: You probably know Anna Faris from films like “The House Bunny,” or from shows like “Mom,” or from being half of the most adorable couple on the face of the earth. What you may not know is that she also hosts a podcast…and she’s freaking amazing at it. Most episodes feature her and her BFF/producer Sim Sarna plus a celebrity guest. They chat, they improv, she makes the guest answer a series of bizarre rapid-fire questions. It’s all delightfully bonkers and great silly fun. But then we come to the second half of the show, where they call up listeners and give them (unqualified) advice. And that’s when you realize the show’s title is a misnomer, because it turns out Faris is great at advice. She is thoughtful and kind but blunt when the situation calls for it — basically like if Cheryl Strayed also happened to be a beloved comedic actress who was married to Star-Lord. Even if the week’s guest isn’t someone I know or particularly care about, I find myself coming back to this podcast again and again, both for the laughs (two words: Karen Sarducci) and for the wisdom.

Still Processing: I may be accused of bias on this one, since a certain newspaper does pay my bills, but this show is, in my opinion, one of the best podcasts out there at the moment. A product of the New York Times, the pod is hosted by two culture writers for the NYT Magazine: Wesley Morris and Jenna Wortham. I stumbled upon them in a rapturous post-“Moonlight” viewing haze; they were similarly enamored and devoted an entire episode to breaking down the film and its virtues, along with Times film critic A.O. Scott. But movies are just one of the topics this dynamic duo covers, with others ranging from TV to tech to art to politics to food to Beyoncé to holiday gifting. I love the banter between these two, and the thoughtful gaze they bring to every subject they cover — whether it’s the aftermath of the election, both nationally and for each of them personally as queer POC, or Tupac’s hologram, or Lemonade, or Jenna’s undying love for the beach and Wesley’s skepticism of anything involving that much sand. (P.S. If you’re looking for a good place to start, their most recent episode (“We Seek ‘Authentic’ BBQ’“) is very #onbrand for Z&S, and one of my favorites of this season so far!)

LeVar Burton Reads: It is “Reading Rainbow.” As a podcast. For adults. With a different short story every week. That is all you need to know.