When the cold weather lingers into mid-April and the sky remains stubbornly grey, sometimes we have to remind ourselves why we like living here in this gigantic metropolis, where going outside  no matter the weather is required for getting to work. One of the reasons I love living here is the abundance of history. New York is old — in United States terms, at least — and anywhere there are a ton of people for a long time, there are a ton of stories. And in the age of podcasting, where there’s a story, there’s someone willing to sit down and tell it into a microphone.

I love podcasting, and the nature of media production in our current age in general, for this reason. If someone wants to make something, to tell the world a storythey find interesting, it is relatively easy for them to do so. And on the listener end, I have easy access to historical stories that might otherwise get overlooked.

So while I am lamenting the weather, I thought I would share with you a few of my favorite podcast episodes on New York history. These tales might not have an audience large enough to get them on the History Channel. They might be wacky or obscure. But they make the everyday steps you take to get to work — rain or shine — a little more interesting. 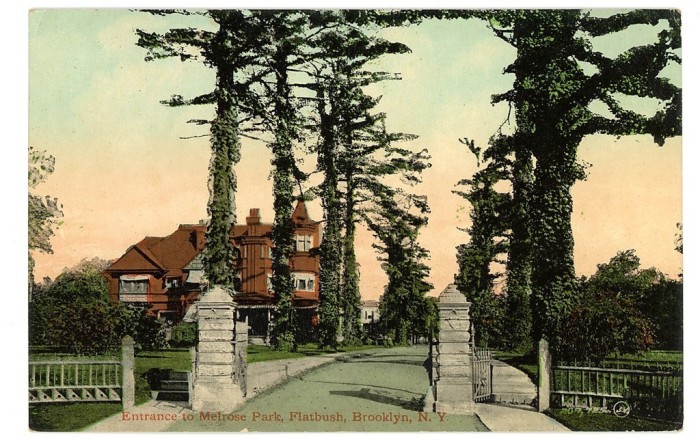 Lore, Episode 64: Behind Closed Doors I’ve recommended “Lore” on this blog before, but this specific episode is one of my favorites. The episode focuses on creepy and macabre tales specifically from New York City. Host Aaron Mahnke explores stories from the underbelly of the city, from the well-known Triangle Shirtwaist Fire, and the true history of Washington Square Park to the lesser known haunting of Jan Bryant Bartell. The creepiest and longest story is that of the secret rooms of Melrose Hall, located in my own neighborhood in Brooklyn.

Bowery Boys, Episode 216: Edwin Booth and The Players Club “The Bowery Boys” is the quintessential New York City history podcast. Amateur historians who specialize in the occasional bad pun, they’ve been around a long time, and they’ve got all the stories. I chose this episode because Edwin Booth is endlessly fascinating. The elder brother of Lincoln assassin John Wilkes, Edwin was a renowned and beloved Shakespearean actor who has been mostly overshadowed in the annals of history by his younger brother’s actions. Although Edwin was ultimately forgiven by the theater-going public for John’s misdeeds in his own time, the average person today probably couldn’t tell you who he was. This despite the fact that if you’ve walked by Gramercy Park, you’ve probably seen him — at least through the fence surrounding the park, if you’re not one of the lucky few with a key. My favorite fun fact about Edwin : He actually saved the life of Abraham Lincoln’s son, Robert.

The Dollop, Episode 238: The Gopher Gang “The Dollop” is a favorite pod of friend-of-the-blog Jason. It features history presented by comedians, which is my favorite kind. Dave picks a story from American history, and his partner in crime, Gareth (who had no idea what the story is gonna be about), riffs. Warning: Gareth and Dave are not at all politically correct nor are they really historians, but they are funny. This particular episode explores the gang-ridden Manhattan of the 1890s, specifically the Gopher Gang of Hell’s Kitchen and their ridiculous nicknames, odd fashion choices, and lady counterparts with clubs.

New AmsterDames, Episode 5: Audrey Munson This podcast was short-lived, with only six episodes in total. And while the hosts never really hit their stride, I love the concept: to chronicle the lives of New York City’s most notable women throughout history. Of the six ladies they spotlighted, I find the story of Audrey Munson particularly fascinating. If you live in New York City, you’ve almost definitely seen Ms. Munson naked. She was spotted window shopping in the city one day with her mother and recruited by a photographer to model, eventually becoming a model for many notable artists at the time. She earned the nicknames “Miss Manhattan” and “American Venus.” She had a rough life, but she lives on literally everywhere in this city. Even if you don’t listen to this podcast, look up how many sculptures in this city had Audrey as their model. I see her on my way to work every day.

Flatbush + Main, Episode 9: Food and Identity This podcast from the Brooklyn Historical Society explores, as one might expect, Brooklyn-specific history, and this particular episode explores one of my favorite topics: food history. The hosts Zaheer and Julie, both historians at the BHS, are joined by Sarah Lohman of Four Pounds Flour to discuss what “American food” actually is, how food has shaped the identity of Brooklyn over the years, and how the food of different cultures was shaped by the location. Plus you’ve got the origin of the very American word cookie and a look into a 200-year-old recipe book!