Our third calendar year on the blog (wait…what?) is off to a good, if cold, start. We’ve been busy working and writing, and we’ve both been ailing — Scout with a killer cold and Zelda with a debilitating stomach bug — so we’re sorry if we haven’t been all that present this month. But still, despite our weary bodies, January has had its fun moments. Zelda celebrated her birthday (belatedly) and had a visit from one of her bestest pals. Scout killed it at Nerdeoke. Winter came, all of it in one twenty-four-hour period, in which we got all that snow we were missing back in December. We found ourselves housebound, the streets and sidewalks nigh impassable and public transit a mess. But snowstorms leave room for some of our favorite things: drinking, eating, and binge-watching, all of it with folks we love. Not bad, January. Not bad at all.

What We’re Doing: We started the month, and the new year, off with some resolutions, as is traditional. Scout shared her (hopefully fun and manageable) checklist for 2016, and Zelda checked in on her 15 New Things for 2015, and added some new entries for the coming year. In other posts, we had the usual suspects: a playlist, an “Eat This, Drink, That,” and some inspiration tailored to help you find your voice and sing out (Louise). Plus Scout made a list of her must-see works of art in New York, and Zelda shared her winter beauty favorites.

What We’re Listening To: January can often feel like the longest month — endless stretches of grey with nary a festivity to break up the monotony and the cold. Plus, there are all those pesky resolutions that seemed shiny and promising on the 1st, but by week two are hanging over your head like a personal thundercloud. So this month’s playlist was a musical pick-me-up, songs from the Great White Way (and slightly off it) to help pump you up and push you toward your goals. Really, all we want is for our lives to be a musical, and these songs help us find our inner Princeton, Pippin, Elder Price, Violet, Matilda, Annie Oakley, Velma Kelly, Elle Woods, Nancy, Vanessa, Miriam, Patsy, Perchik, Millie, Lola, newsie, hippie, A. Ham, and more (but we keep it all inside).

What We’re Watching: Mr. Robot! Scout’s been in love with Rami Malek since he played Snafu in “The Pacific,” (also as the Pharaoh Ahkmenrah in “Night at the Museum”), so when she found out he was getting a starring role on a new USA show, she was sold without much convincing necessary. When that show was nominated for all the awards, it was pretty easy to get Zelda on board as well. Do yourself a favor and go watch it now: It’s keep-you-up-watching-until-four-in-the-morning engrossing and as well-written as it is well-acted. Snowstorm Jonas also brought on binge-watching. Scout finally queued up Aziz Ansari’s “Master of None,” which is goddamn delightful and wonderfully intelligent — a comedy that’s genuinely funny, realistically insightful, and not afraid to stray into commentary on issues such as racism and sexism, without feeling preachy and still staying funny. Seriously, all ten episodes were just so pleasing. Zelda finally got caught up on “Elementary” and dove into the wacky, wonderful, musical world of “Crazy Ex-Girlfriend.”

We also love: Our boy, Lin-Manuel Miranda, reading Rev. Martin Luther King, Jr.’s “Beyond Vietnam” speech in the church where MLK originally spoke the words as part of the #MLKNow tribute. Our girl, Ingrid Nilsen, interviewing the mother-effing POTUS! These celebrities trying to pull off their best gender-swapped Scarlett O’Hara’s and Rhett Butler’s (Eddie Redmayne for Scarlett, seriously). Oh and THIS. THIS IS EVERYTHING. 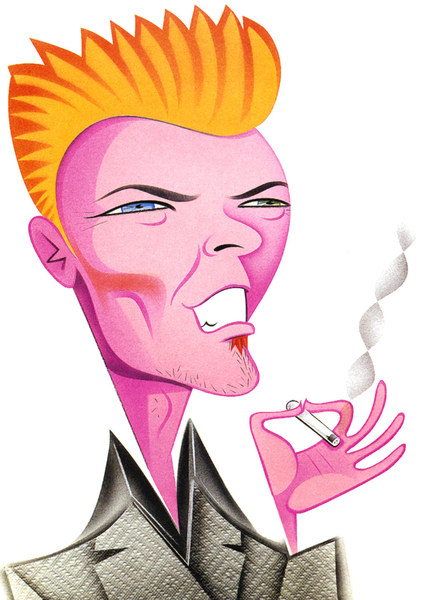 What We’re Reading: This profile of hilarious comedienne and Girl Raised In The South Leslie Jones (The New Yorker). This thoughtful essay by author and vlogbrother John Green about why people should stop underestimating or dismissing us young’uns, and why condescension is never as productive as dialogue (World Economic Forum). This ode to the quiet pleasures, and creative possibilities, of a sick day home in one’s bed (The New York Times Magazine). This (admittedly depressing) analysis of this year’s Oscar nominees and how they fared on the Bechdel Test (Wall Street Journal). This throwback to when David Bowie filled out the Proust Questionnaire, a reminder of how delightfully, inimitably individual the (space)man was, and of how lucky we were to have him for a spell (Vanity Fair). This delicious slice of reflection and wit, about the origins (factual, fiction, or otherwise) of gooey butter cake (The Offing). And every single awesome, insightful, entertaining entry in Vulture’s Hamilton Pages, a week-long celebration of the man and the musical, inspired by dear Alexander’s 261st birthday. 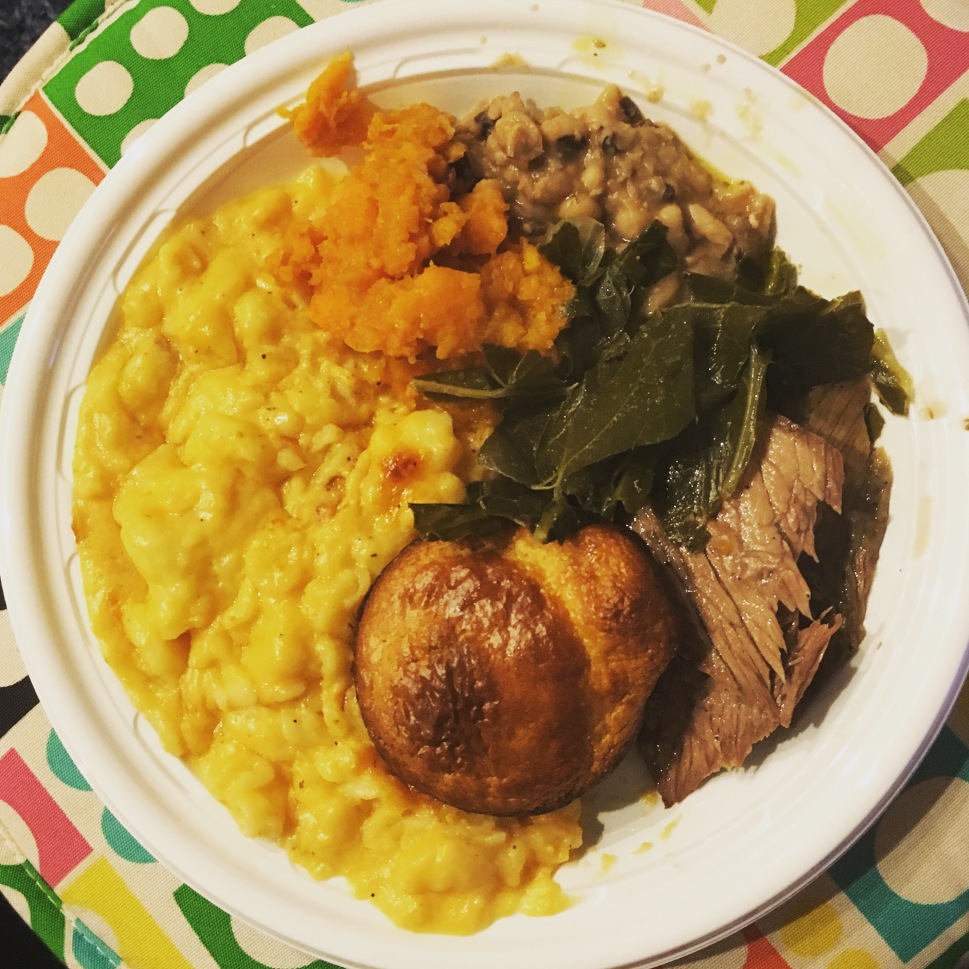 What We’re Eating: This month saw a lot of food consumed in Scout’s abode; the cold just makes you want to stay in and gorge on comfort foods. Scout attempted a nostalgic recipe for this month’s “Eat this, Drink That,” harkening back to summers at the lake and the light fluffy angel food treat that Gaga used to cook up. It didn’t go exactly as planned, but it could have been worse. Our mini cakes tasted pretty good, as long as one applied a liberal amount of whipped topping and strawberries. Hopefully, Zelda’s pans have recovered. [Zelda’s Note: It took several days of soaking, three washes, and one ruined sponge, but they have been restored to functional status.] The snowstorm brought even more baked goods. Scout’s roommate, Claire, cooked up not one but two (gluten-free, even!) cakes in the twenty-four hours snowfall: a funfetti cake for Friday night, and a classier, heartier apple cake for Saturday afternoon. And back in the beginning of the month, Scout’s fourth and newest roommate, Brettlin, whipped up a classic Southern New Year’s feast of collards, black-eyed peas, a roast, yams, cornbread, and mac and cheese. Here’s to starting out the year with wishes of health, wealth, happiness, and many kitchen adventures.

What We’re Drinking: For this month’s “Eat This, Drink That,” Zelda tackled the French 75, a classic cocktail of gin, lemon, simple syrup, and champagne. We were underwhelmed at first, until St. Germain entered the picture and reminded us why we want it in all of our drinks, always. And with the recent snowpocalypse that was Jonas, we found ourselves homebound and in need of a bit of boozy refreshment to pass the time. Zelda enjoyed an organic chocolate stout (Samuel Smith’s, to be precise), courtesy of her cousin. Scout and the roomies stuck to red wine (for the roomies) and bourbon (for Scout).

What’s On Our Wishlist: Is it too repetitive to have our eyes on the #Hamiltome, i.e. the book chronicling both the creation of the musical and the man who inspired it? What can we say, we are obsessed, and we must have it. Scout would also love to somehow get tickets to BAM’s Richard II starring David Tennant and NYTW’s Othello starring Daniel Craig and David Oyelowo. It’s really important to one of her 2016 resolutions, okay? Zelda is longing for some tickets of her own, particularly to the new revival of her childhood favorite Fiddler on the Roof and the just-announced revival of Hello Dolly! starring the legendary Bette Midler herself.